A pirate is sailing for a deserted island, hoping for a chance at one more treasure hunt. Meanwhile, a princess sails in on a raft and gets to the island first. They both follow clues on the treasure map, unaware that there is anyone else on the island. Once they meet – surprise! – they each pretend to be on the island for something else, anything but treasure. The princess sends the pirate off chasing a fake lead; she has found the map and the next real clue: “the treasure’s close, or so I’ve heard, but you must ask the pirate’s bird.” 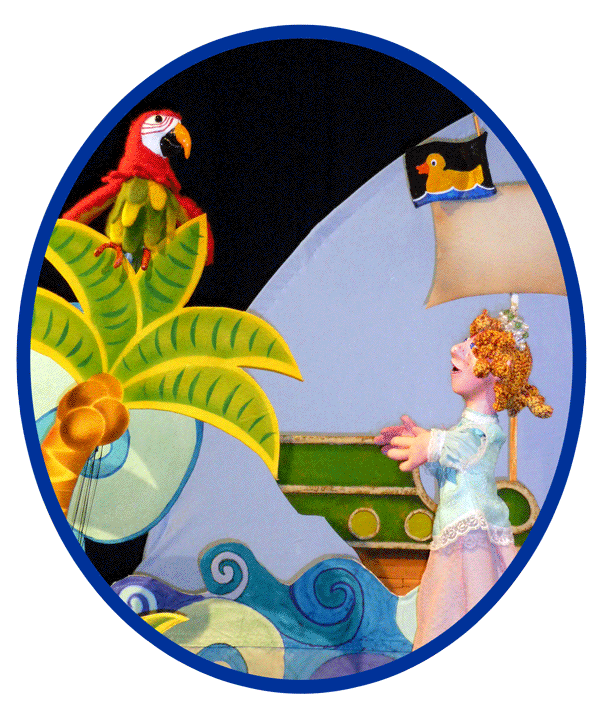 The pirate soon discovers the real clue, and it’s a race to find the pirate’s bird! The princess knows exactly what to look for, but the parrot is not cooperating. The pirate comes up with more and more ridiculous birds, none of which will speak to him. The princess finally catches up with the parrot, who tells her that the treasure is under the pirate’s ship. Terrific! Off she goes to swim to the bottom of the ocean . . . except that her princess dress has a built-in flotation device and she can’t stay under the water for more than a second! “I need some different clothes,” she thinks, and tricks the pirate into switching clothes with her. But how can she get rid of him long enough to find the treasure? She insists that he prove that he is a “real pirate.” She uses the tried-and-true “Princess and the Pea” method and puts him to bed on a pile of mattresses. While he sleeps, she swims down into the ocean in her new pirate clothes. 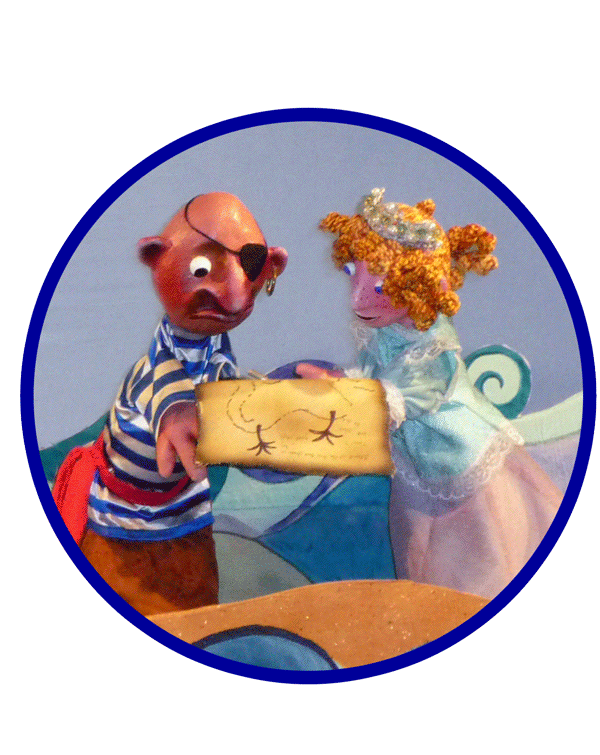 Become a fan of Crabgrass on